In Collaboration with CLUE

The Episcopal Church of the Messiah and St. Paul’s Episcopal Church are partnering to offer a series of Community Trainings in Orange County to raise awareness of issues around immigration and offer ways in which we can assist our neighbors
who are being detained.

How to Visit Immigrants in Detention

In this training, Community Initiatives for Visiting Immigrants in Confinement (CIVIC) will offer a thorough overview of the system of immigrant detention on a national scale and offer participants clear tools for visiting detained persons locally. We will also be joined by Sister Greta Ronningen of the Community of Divine Love Monastery who will introduce the basics of CHAPLAINCY as a resource to enrich detainee visitation.

This is an important time for people of faith and conscience to develop a deeper understanding about the crisis facing immigrants in our communities and to put this understanding into action. 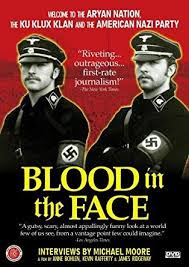 Based on the book by James Ridgeway, the documentary provides an in-depth view of white supremacy groups in the United States. Some of the interviews are conducted by Michael Moore. More recent short videos on the subject will also be shown.

Messiah Parishioner John Liu belongs to the faculty of Social Sciences and Asian-American Studies at UCI, specializing in Race, Ethnic, and Minority relations. He will lead us in a post-film discussion.

"In a series of amazing interviews, members of the Ku Klux Klan, the American Nazi Party, and the Posse Commitatus reveal the frighteningly over-rationalized logic behind their beliefs. 'The Russians and Chinese are amassing tanks at the Mexican border' and 'The men behind the Holocaust were Jews' are two of the more preposterous claims recorded by the film. While it's an investigation of the people behind the political power of politicians like David Duke, the film is also a study of how people are overtaken by hate and fear. The result is an essential and powerful documentary" (Rotten Tomatoes).

Trailer: https://www.youtube.com/watch?v=Jy3bJXep384
Posted by Church of the Messiah at 1:51 PM No comments:

Lunch at the Courtard: Messiah's Homeless Ministry, October 22, 11:45 AM

Lunch at the Courtyard, Sunday, October 22, 11:45 AM, Episcopal Church of the Messiah (click for map).

Immediately following the 10:15 service the Messiah community and all interested persons will go out to the homeless shelter at the Courtyard to serve lunch. If you plan to come and/or bring food, please contact Lou Chapin at louisjchapin@gmail.com.

Entrees, salads, fresh fruits, dinner rolls, and desserts are usually needed for this large lunch service, as are volunteers to serve the food. It is best to coordinate food donations with the organizers to make sure we have enough of everything. Cash donations are also welcome and will be used wisely in shopping for food on the Saturday preceding.
Posted by Church of the Messiah at 1:50 PM No comments: